Coretta's trip from Leysin told through the voice of her mother 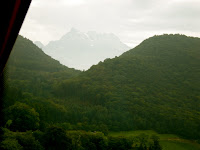 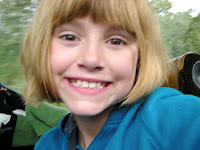 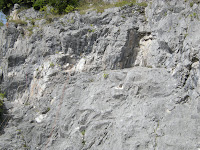 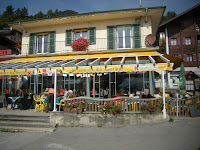 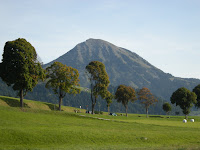 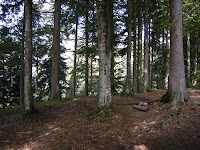 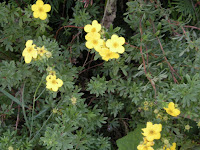 As all the parents rallied around the two coach buses that held approximately eighty tired and weary third graders, Coretta's brother Geno was in a full throttle tantrum (I am assuming so excited to see his sister after four days, he could hardly contain himself) which meant I would have limited time to find her amongst the sea of faces before it got real ugly.

Once off the bus my tired traveler hopped into the car and off we sped to Hunenberg, Switzerland to look at all of her pictures and hear about her travels.

What I gleaned from this precocious third grader goes something like this. When they arrived in Leysin, they ate lunch and were able to create their own sandwiches and choose from an array of snacks.

They then checked into their dormitory style rooms that had two bunk beds that housed four girls comfortably. They then went on a seven hour hike in the wilderness with their camp counselor Snowflake. Yes I said Snowflake. Apparently they do not give out their real names. Not quite sure why, but it seemed to work for the third graders they were in charge of for the day.

She also learned that some plants and flowers can be dangerous, and if touched could cause you harm, especially if eaten.

At night they usually stayed up until 9 pm eating smores, singing camp songs, and creating skits in groups of four for the counselors, other kids, and their teachers in hopes to show off their creative and talented side.

The next day, they awoke to the sound of their teachers shouting, "Rise and shine girls!!" and then having these same teachers abruptly turn the bright florescent lights on without warning. Coretta was not a fan of this wake up call, but being a teacher myself, I am sure the teachers gleaned a little guilty pleasure out of this.

They then ate and took off to do a little rock climbing, which is now one of Coretta's new interests. They had to wear protective yellow helmets and were hoisted on ropes to climb the mountain. Although Coretta was worried about this part of the trip, she conquered that fear just like her mother conquered her fear of heights. Remember the old, rickety rope bridge over the lake that I walked on camping two years ago? Yeah, how could my family forget. The things you will do for your kids. Needless to say, my daughter is becoming a little thrill seeker just like her Dad.

Coretta took many pictures of her friends, the mountains, flowers, and rocks. She is really becoming the little photographer. She even created some videos with her classmates as well. All of the pictures in this entry are Coretta originals and were taken with her new digital camera. As Coretta would say, they are all rights reserved.

Although she came home tired and dirty, I believe she had a great time and really had the time to get to know her classmates. It is great to have her back home once again. We missed her!
Posted by Unknown at 1:51 AM