Coretta Singing To Make You Feel My Love by Aedele

Coretta Singing Rolling in the Deep by Aedele

Posted by Unknown at 7:25 AM No comments: 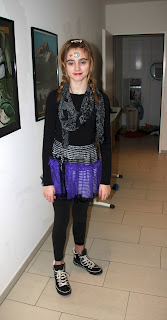 At Coretta's school today, students were to come to school dressed at their favorite book character. Coretta came dressed as Zoey Redbird, from the book Betrayed by P.C. and Kristin Cast. This book is part of a new vampire series. The main character, Zoey Redbird, must move to the House of Night, which is a private boarding school where she will spend four years going through bizarre and unnameable physical changes that will eventually transform her into a vampire.
Posted by Unknown at 12:41 AM No comments: 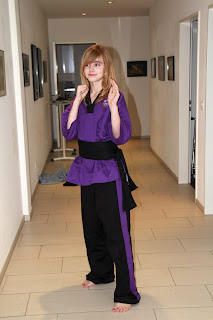 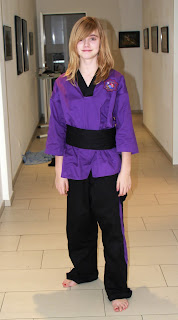 Coretta is in her second year of martial arts. It is a combination of Judo and Karate called Shen Shang Wu. She has really enjoyed these classes. They should be competing soon against other students throughout Switzerland.
Here is a couple of photos in her actual Shen Shang Wu uniform.
She has actually been able to use these skills recently where a gang of 8 boys were at the train station. One came towards her yelling profanities at her and went to punch her. Because of the skills she has learned, she was able to protect herself and bring the assailant down to her knees and then jump on the train home. When Coretta did come home, instead of her being scared and shaken up, she was liberated and proud of her ability to protect herself.
Posted by Unknown at 12:33 AM No comments: