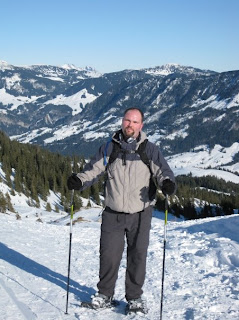 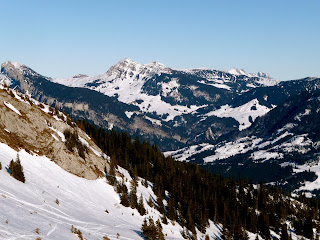 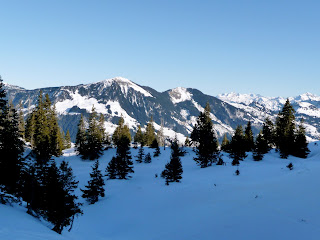 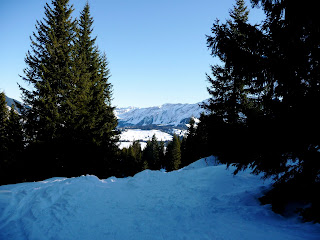 Nick decided that he was going to try out snowshoeing on Sunday with his two friends Chuck and Bob. Nick packed up his things that morning, filled his day pack and his camel back, and promptly left around 9:30 am. They had to drive there, which took a little while. Once there, they rented their snowshoes and were told that they needed to return them by 5:00pm.

Knowing that they wanted to make the best out of snowshoeing and have enough time, they skipped lunch. Nick explained to me how snowshoes are not made the way we used to think of them, or at least I did, like huge tennis rackets on your feet. He stated that they did not restrict your walking and your ankle can actually move up and down. He explained that they also have grippers that allow you to have some traction and keep you above the snow so you do not sink. This makes it very easy to get to certain areas in Switzerland 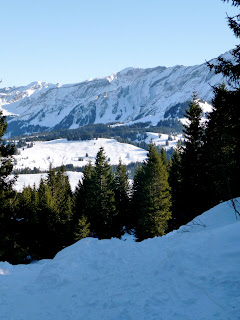 that would not be accessible otherwise. He actually told me of a remote area where they were that has the mailman not only deliver the mail, but passengers as well. With temperatures typically in the 30s or 40s, it makes winter sports much more enjoyable. In fact, where they were snowshoeing, people were walking around in t-shirts.

As they hiked, they saw mountain views and pine trees which reminded Nick of home in Minnesota. They actually trekked 10 miles that day on very steep terrain. Once Nick got back to turn in his snowshoes, the woman at the desk stated that he looked tired. Nick thought, not only tired, but nauseous. Since Bob needed to be back to make supper for his daughter, they decided to skip supper as well.

Once in the car, Nick stated that he was still feeling nauseous. The next thing we know, Nick asked Bob to pull over because he has to puke. Bob does so promptly and Nick opens the car door and gives three big heaves and the apple juice and chocolate bars make their way to the surface. Chuck and Bob were a little bit caught off guard by that, but it goes to show you, that eating before an excursion like that is necessary.

Nick arrived home around 6pm luckily because I was worried that they may have fallen over a cliff. Here are some pictures of Nick's snowshoeing experience. Below you will see two pictures showing how the snowshoe has evolved. 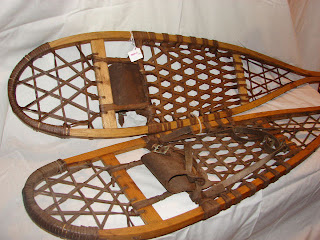 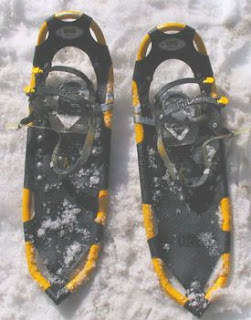