On Saturday, Coretta and I d 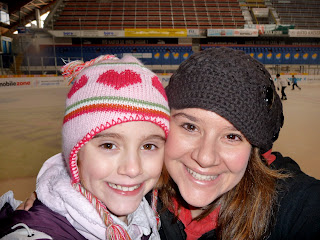 ecided to go ice skating in Zug. The Herti Allmede Stadium, which was built in 1979, and can house 4,900 people is just minutes from our home. Because they are actually building a new stadium as we speak, there is much construction going on around the site. When Coretta and I finally found parking, we only had to pay 8.50 in Swiss francs to skate.

I have never seen a European ice rink and was surprised by it's size. Much bigger than we are used to in the States. The EVZ Hockey Team plays there through February and in the off season, football (or soccer for us Americans) games are also held there. They also have a restaurant called the Pogg, where you can get lunch and a beer while you are skating. 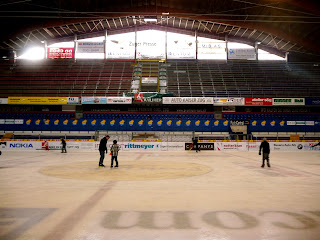 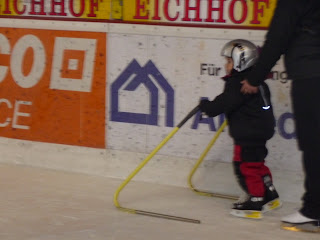 They also have great learning to skate aids for young people just learning. Instead of pushing a chair, children can push a large cone, or a metal structure similar to a walker.


Coretta and I had a great time skating, and plan to go here regularly.
Posted by Unknown at 3:16 AM