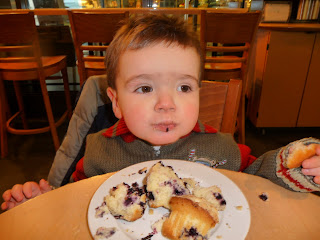 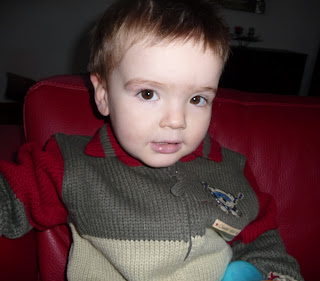 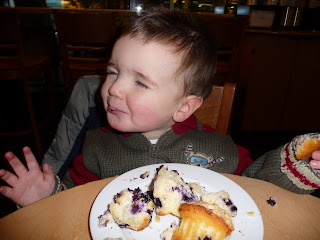 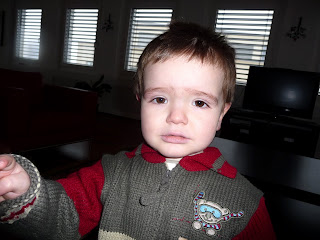 Geno was supposed to have a doctor's appointment with Dr. Gshwend in Zug yesterday, but they said they had no record of it in their files. Nick had scheduled Geno's two year old check up while I was in France. I filled out some paperwork so that I would not have to do this next week. The receptionist stated that it was a very busy day, and that I could wait, but it would take close to an hour. I stated that I would reschedule for next Tuesday instead. They were very nice to me considering they had no appointment written down for him.

While at the doctor's office Geno ran into one of his fellow classmates from the Beehive Preschool. A woman came up to me and asked if this was Geno. I stated yes and she proceeded to tell me that her son was in Geno's class. He started when he was 19 months old and is almost two. I told her he has only been there for three days and the first two went okay, but the third was hard. She told me that it took her son six weeks to make the transition, and now is doing well. I'm hoping for a little sooner, but it does give me hope.

Not wanting this drive into Zug to be for nothing, Geno and I decided to walk to the train station and have a blueberry muffin at Starbucks. We ordered and sat down. Geno was very excited about his blueberry muffin and just kept saying Mmmm. The coffee barista thought it was so cute. He loves blueberries, but hasn't had any since we moved to Switzerland. Looking at the pictures you can tell his enjoyment!
Posted by Unknown at 12:17 AM