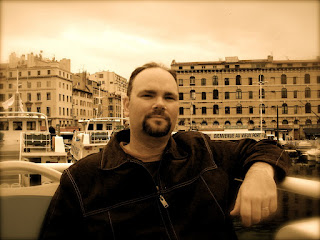 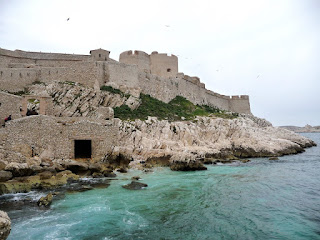 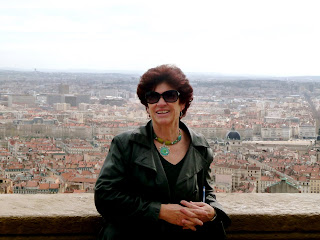 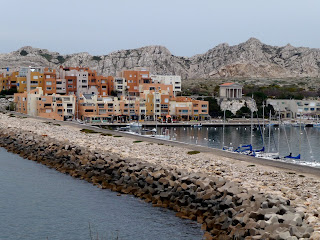 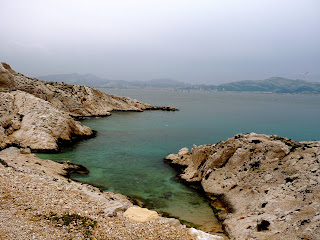 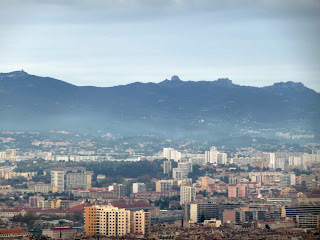 On Thursday Morning March 26th, Marilyn and Nick were out the door by 7 am, ready to start their mother/son trip to Lyon and Marseille France. They backpacked it by way of train. Their first destination: Lyon, France. When they finally got off the train, and were looking to find which direction to go next, they were stopped by two young girls with clipboards that asked if they would be so kind as to donate some money to the Disabled Childrens Hospital. Both Nick and Marilyn obliged and were filling out the forms. immediately thereafter, the french police came up to them and one of the girls bolted while the other one was caught and put in a choke hold. The policeman uttered in French that this was a scam and he wondered if Nick had given her any money which he hadn't. Marilyn's first trip to Europe and this is how France welcomes her.

They then proceed to find their hotel and take in som 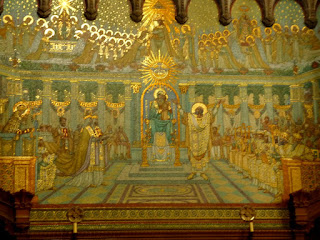 e sights. The next day, they took a funicular to the top of this hill to see the Bascilica of Notre Dame. Nick swears that this is the most beautiful church he has ever seen. As you walk in, you are completely drawn in by the beautiful murals throughout the church created with very tiny tile mosaics.

Not only was the church amazing, but the aerial views of Lyon itself were spectacular. they decided to descen 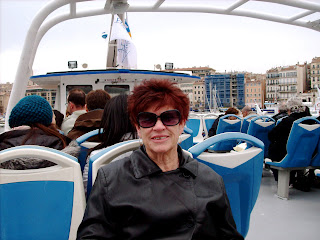 d the hill by foot which had beautiful views as well.

The next day, they were back with their backpacks strapped on them headed for destination: Marseille, France. Once they arrived, they checked into their hotel and did some sightseeing and shopping. They stumbled upon an art exposition by Bernard Buffet that was amazing. He believed, as many do, that art is something that must be felt. Here is a link to his artwork: Bernard Buffet. Nick said that his favorite painting was of a painting titled Transvestite Skeletons. They looked around to see if any of his posters could be bought, but no such luck.

Marilyn and Nick also had the opportunity while in Marseille to take a boat tour. It is here that they saw several remnants of fortresses as well as a prison that was actually highlighted in the Tale of Monte Cristo. Once off the boat, they took a hike around the lake and took some beautiful pictures of coral and rock.

Overall, I think it was a great trip for them.
Posted by Unknown at 2:36 PM