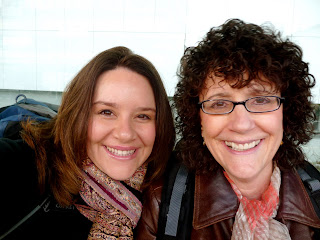 My Mom and I backpacked our way to Lugano which is the Italian region of Switzerland for two days and one night. The day of our adventure, we left around 9 am from the bus station, caught a train to Zug, and then jumped on the CIS train to Lugano. Along the way, we saw beautiful lakes, mountains, villages, goats, chickens, and cows. The train ride was approximately two hours.

Once we got to Lugano, we got off the train and proceeded to find the funicular which would bring us down the mountain to the center of the city. This however proved to be 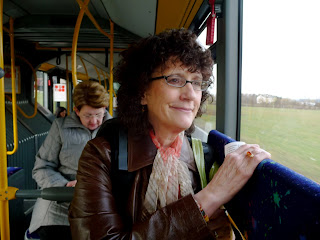 somewhat difficult. When we found the train station information center, the attendant pointed in a general direction, but made no sense to us. I decided to ask a student who was trying to get surveys completed for Amnesty International. He spoke enough English to point us in the right direction. We found the funicular, payed 2.20 CHF for two funicular tickets and descended down the mountain.

Once down, our hotel, The Dante Swiss Hotel was right there. It was around noon, so we thought we would at least try to check in, and if we couldn't, we would just walk around. To our surprise, our room was ready. The man told us t 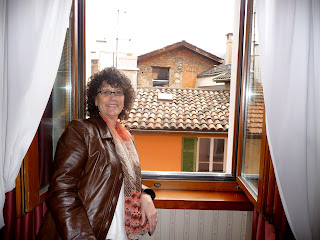 hat anything in the mini bar was free of charge and that the breakfast buffet in the morning was free as well. When we went up to the room, it was quaint and beautiful. We even had real linens for our face and could choose our type of pillow from five different types.

Once we were settled, we decided to venture out and see the city. We saw several grocery markets positioned along the cobblestoned streets as well as many boutiques and shops. The real highlight was finding our way down to the lake where there were magnificent views of mountains and lakes. 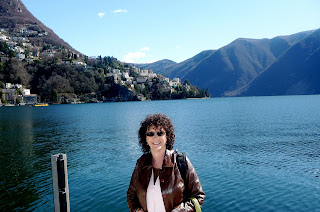 Although the boat tours that we hoped to take were not running, the parks and walkways by the lake were amazing. We stumbled upon three extremely old churches which we took pictures of. It was amazing to see all of the old murals painted on to the exterior walls of the church as well as the intricate and ornate altar pieces. We got some wonderful pictures of that as well.

We then ate at many Italian restaurants that were just as amazing as the scenery. We chose to have lunch at this cute little spaghetti store and chose the spaghetti with mushrooms, sausage, and fresh greenery on top. It was great. My Mom did notice that wherever we went, we only had male servers. Interesting o 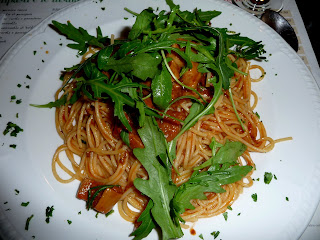 bservation I thought, and all servers wore dress pants, vests, and bow ties.

We also ate dinner at another great restaurant called Argentino's where I had a spicy Italian dish and my Mom opted for the bratwarts, potato croquettes and spinach. We again were not disappointed.

Overall, great destination, great food, great sight-seeing, and great conversation. I had a great Mother Daughter trip.
Here are a few more pictures from our trip as well: Lugano Trip and Lugano Trip Part 2
Posted by Unknown at 12:03 AM