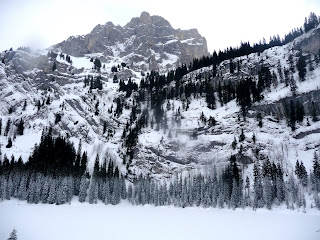 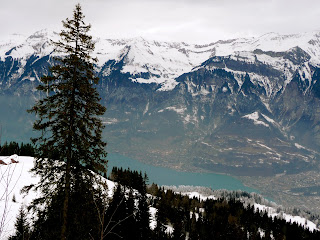 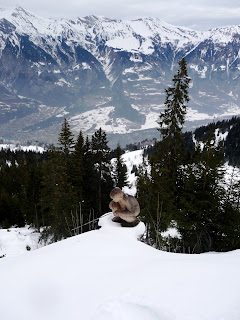 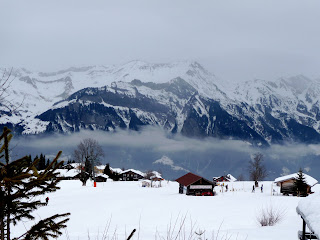 On Sunday, Nick woke up at 6 am and got ready for a day of snowshoeing. Nothing else would get Nick up that early except for a hike, sledding, or snowshoeing. I'm actually quite surprised at his dedication and love of the outdoors.

His plan was to take a train into Lucerne, where he would meet up with his friend Chuck, and then drive to Axalp Obernese. Once there, the two of them put on their snow shoes and began their walk enjoying beautiful views of the mountains and lakes. All along the path, there were several wooden sculptures placed throughout the landscape. Nick stated that this snowshoeing destination was not as rigorous as his past snowshoeing experience, but if you ask me, that's a good thing. 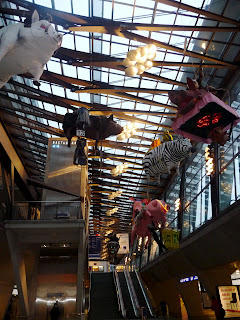 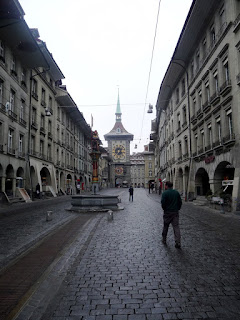 Once they returned their snowshoes, they decided to take a drive into the capital city of Switzerland known as Bern and have lunch. Once back to Lucerne, Nick noticed several animals suspended in the air at the train station. These were some of the many decorations to be found all around Switzerland when Faschnaut starts in February.

Nick arrived home around six o'clock pm, tired, sore, and ready for bed. This is his perfect Sunday.
Posted by Unknown at 6:37 AM