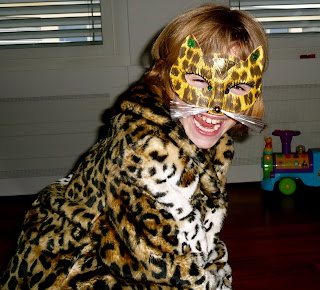 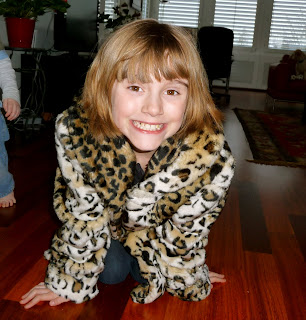 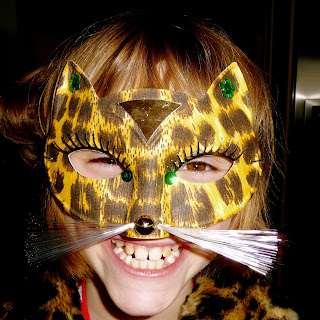 If you live in Switzerland, one learns quickly that they take their holidays and festivals very seriously. In fact, it seems that preparations begin months in advance. About a month ago, I had stated that I noticed all of these mannequins dressed up in mardi gras wear and masks. This indeed is a part of Faschnaut which takes place before Lent. Coretta said it also has something to do with an evil pig which I believe might be a reference to this and it's roots to pagan rituals.

During this festival which takes about three weeks (from now until the end of February) music can be heard throughout the villages, parades are important events where everyone wears costumes, and food and drink are to be eaten and drank to excess. This Tuesday, when school lets out, Hunenberg is having a family friendly Faschnaut parade. Coretta decided that she would be a cat or cheetah so we found the mask and she already had the coat. Geno, on the other hand, could go as a tiger (his costume for Halloween) but he has an irrational fear of masks, mannequins, and costumes. In fact when Coretta put on her mask, he had this scared look on his face as he ran away crying as if to say, "What did you do with my sister?"

Here are some pictures of Coretta pre-Faschnaut festival.
Posted by Unknown at 12:29 PM