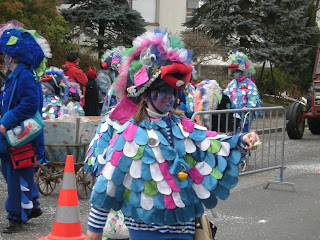 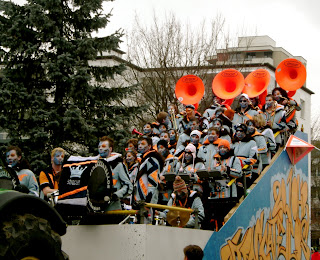 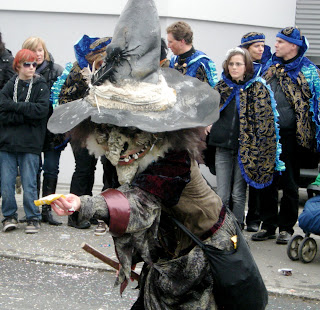 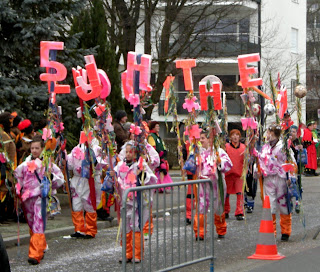 Today starting at 2:30 pm, my village of Hunenberg had their Fat Tuesday Mardi Gras celebration. It started out with a parade that was roughly one hour and a half long. Interestingly enough, I could watch bus after bus, dropping people off in costume from my apartment window.

As we were watching the parade, many people threw candy and oranges to Geno and even served me up some coffee while I watched. Once the parade was over, we headed into the town center where there was more band music, coffee with schnapps, brats, hotdogs, pomme frites, and hundreds of people. There would continue to be hundreds of people until the firing of the evil pig which is said to occur at 6:30 this evening.

If you click the following link, you will see even more pictures: Hunenberg Mardi Gras

Here are some videos of the bands as well:


This particular video was not really music, but they used these hand-made instruments that made a loud noise.