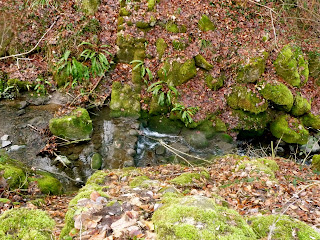 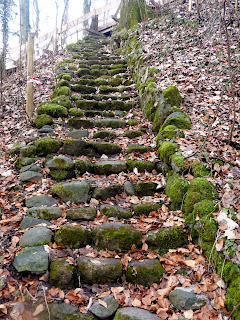 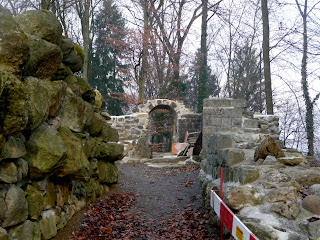 Charlie and I decided to go on a nature hike in hopes to find the Hunenberg Castle ruins. Amazingly we found them, and they are very close to our home. It look as though they are working on some restoration.

The castle remains were discovered between 1945 and 1951. It is believed to be as old as the 13th century. The ruin is not merely stones and pieces of wall - the castle has a lot of atmosphere to offer.

As Charlie and I walked the paths around the ruins, there were beautiful paths with a stream running alongside us. It was very beautiful and had great views of the trees, moss, rocks, and river. There were also swings and playground equipment that blended into the natural landscape. This is what February looks like in Switzerland.

To learn more about the history click on the following link: Hunenberg Castle History. Here are some more photos from my facebook album if interested: Hunenberg Ruins
Posted by Unknown at 1:31 AM