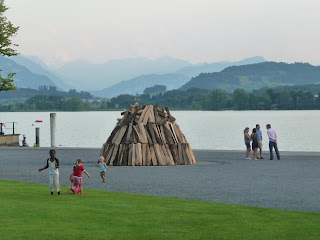 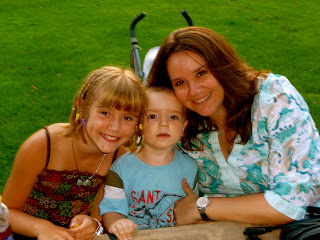 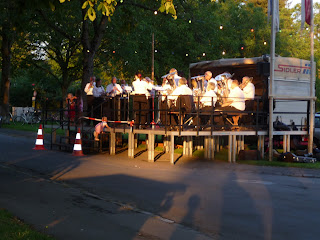 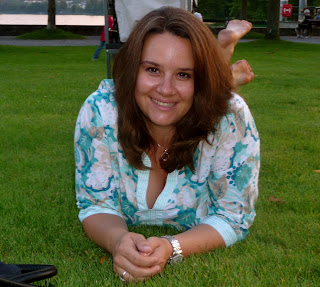 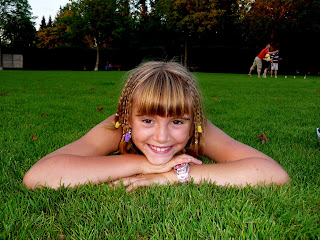 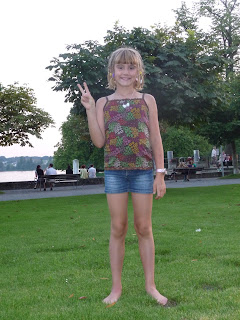 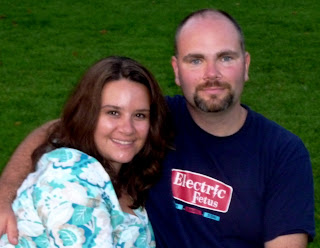 August 1st was Swiss National Day which is just like our 4th of July, Independence Day, back in America. We decided that we would walk into Cham to take in the festivities, so at 7 pm we walked down by Lake Zug and saw several picnic tables set up, bands playing, and vendors selling brats, fries, beer, and drinks. Coretta and Geno decided that they would go up and dance on the stage with the other children, and Nick and I watched. Afterwards, we decided to get a spot on the lawn to watch the fireworks as well as the lighting of the huge bonfire. 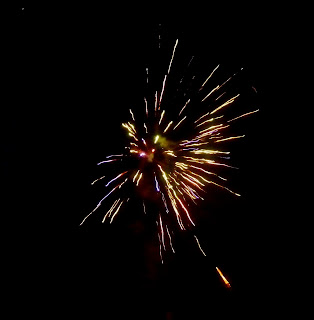 Meanwhile, there were all types of fireworks being lit off in every direction by Swiss kids and adults. Here many of the fireworks we label as "illegal" in the States are leg 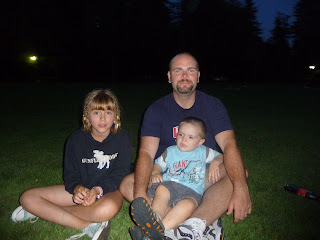 al here. At times, I felt as if I was on the battlefield wondering if and when I would be hit by one. This being Geno's first 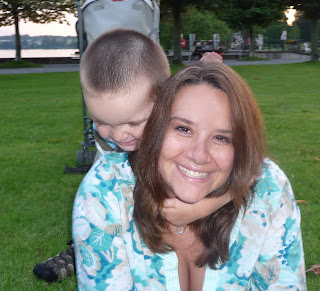 fireworks display, he said "I'm scared" at first, but then was saying "Wow" once he realized he was indeed safe. Safe being a relative term which we found out later.

As the night progressed, and the day turned into dusk, they began to light the bonfire. Bonfires are very symbolic to the Swiss because this was the way villages were able to communicate that they needed help to neighboring villages, and has since become a symbol for their National Day. As we sat waiting for the "real" fireworks display, we realized that by ten o'clock that this was really it. We decided that we would start to walk home, when we ran into our neighbors the Burkert's, and socialized with them a while. While we were talking, my daughter came running over to me yelling "Something hit my head and it hurts really bad." Upon first inspection, it appeared to be nothing, until Coretta touched her head and then saw blood. I took her to the nearest bathroom to inspect her head further, and at this point she had blood pouring from her head running down her face. It appeared that she had been hit by a firework. I cleaned her up the best I could and worked on trying to get the blood to clot. In the meantime, I went back out to Nick and Geno and explained the situation, not knowing how serious or unserious it was at this point.

Walking back to the train station, we saw a mobile paramedic station set up called Samaritans, so we stopped. I asked them in my best German/English if they could look at my daughter's head because I believe she was hit by a firework. They inspected the wound, put some kind of ointment on it, and gave her an ice pack. They proceeded to tell me that she would be fine, and that she had indeed been hit by a firework. They told me that this is sadly quite common place during Swiss National Day because there doesn't seem to be any laws against where people shoot their fireworks etc. In fact, earlier in the night, Coretta witnessed another girl being hit as well.

Once home, and safely in bed, Coretta said she wasn't sure if she wanted to go to National Swiss Day again, and I said me either. Below you will find some videos from the day.