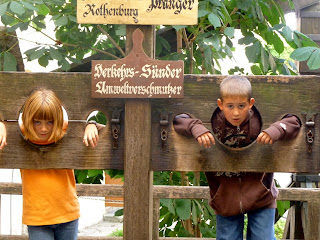 Coretta and Nick decided that it would be great for them to have some father/daughter bonding time (highly suggested by Mama) so Nick planned a trip for them on the romantic road in Germany to see old medieval castles followed up with an intact medieval city named Rothenberg ob de Tauber. Friday afternoon, Nick, Coretta, Seamus, and Ron took off in the Audi for a three day adventure. There first stop was a town named Memmigen. This seemed like a good half way point on their road trip and they spent the night there. The hotel was right in the middle of the Aldstadt (old 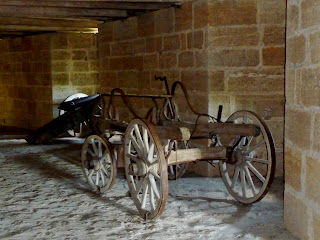 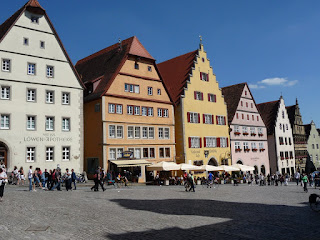 town) and they spent time exploring the small village, took a sauna, and called it a day knowing that the next day would be quite long.

The next morning, they packed up, jumped back in the car for destination Rothenberg. Instead of taking the romantic road, they opted for the autobahn which according to Nick does not have speed limits. He stated to me that he could have went even faster if he didn't still have the winter tires on the car. Me, bein 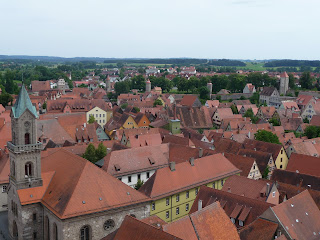 g the skeptic, is still waiting to see if any speeding tickets come in the mail. 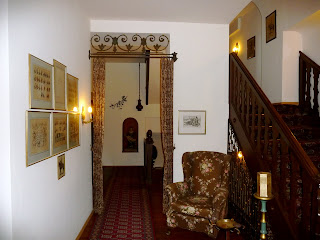 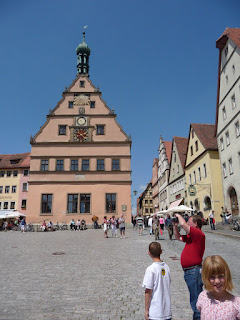 Once to their destination, they checked into the Eisenhut Hotel which was right in the heart of the medieval city. The building itself was as old as the 1500's and decorated in that era as well. The hotel looked like a museum or a castle and had several pieces of art on the walls. 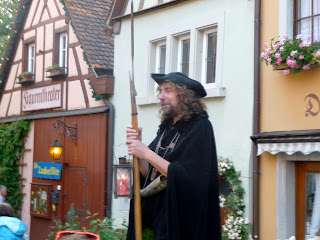 The first day, they decided that they would take the Nightman's Watch Tour which is a guided tour of what this job entails and how important that job is in pr 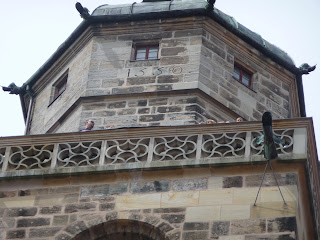 otecting their community. In Nick's own words, he stated "Great narrated walking tour. Although I realized for the first time that Rick Steve's-endorsed attractions come with a lot of fanatical, loud, and sometimes obnoxious Americans."

They also made their way up one of the many bell towers which was quite physically challenging considering there were many, many narrow steps in order to get to the top. Definitely not for the weak hearted. Once to the top, Ron took a picture of Coretta, Seamus, and Nick and they looked like little specs in the background of the tower. At the top of the bell tower, there was an exhibition that documented the Allied bombing of the town in 1945. The narrative was very critical, noting that there were no military or industrial targets, but that similar to the bombing of other smaller towns and villages, it was intended to break the morale of the Nazis.

They then spent the remainder of the day sampling German beers and looking at tourist shops with the kids. Coretta ended up getting several postcards and a slingshot with metal bullets (which when brought home was given a lecture how no one can use it and only shoot at trees). 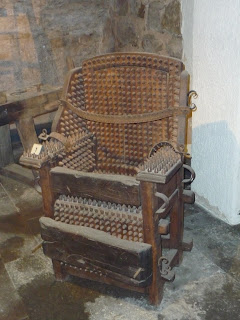 The next day, being Sunday, they decided to spend this last day at the Medieval Criminal Museum, and it did not disappoint. Nick said that it was quite interesting and somewhat comical the different medieval forms of torture that they used. For instance, if you did something that would be unfavorable to the citizens in the village, you were ordered to wear the "mask of shame." These were medal masks shaped like animal heads and were used in hopes that it would deter the accused of committing the crime again. However, for those who took part in any sexual indiscretions, they would be forced to wear the pig faced mask (and I thought the scarlet letter 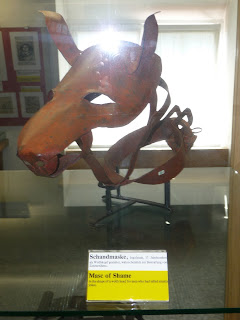 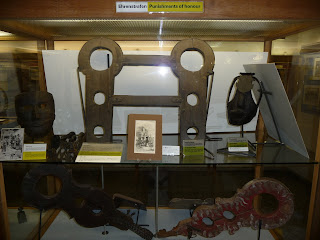 They also had medieval instruments of torture for punishing quarreling women. It was made out of wood and their hands and arms were locked in there until they reconciled their differences. My question is, what did they do to quarreling men?

They also had chastity belts on display as well as executioner swords. A sample inscription on the blade stated: "As this blade falls, may the condemned find absolution." Furthermore, they had different instruments labeled "witch catchers" (heaven forbid there would be a real witch among them), medieval electric chairs, thu 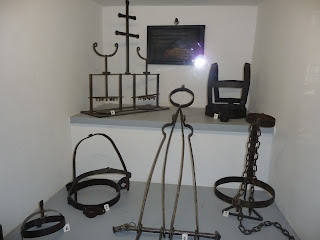 It seems that in medieval times, one of the best ways to torture victims was with presses: leg presses, tongue presses, head presses...seems the best way to extract confessions is to tighten the screws around select body parts. Ouch!!

Once finished there, they decided to stop at two villages along the way. One of the villages was actually having a festival in the old area with music and food, so they stopped there. They fit in a lot in three days, but I think it was a memorable trip.
Posted by Unknown at 11:11 PM