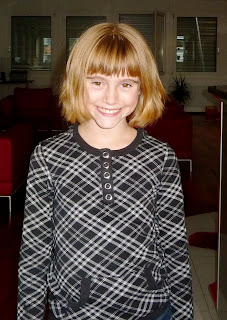 Coretta has had an excellent year and has thoroughly enjoyed her German class. As the year is coming to a close, they were videotaped by their teacher Frau Jessop role playing scenes in German. Here are the videos of Coretta and her classmates. Enjoy: German Role Playing
They have also had to speak conversational German to one another and here is a video of Coretta and her classmates doing that as well: Conversational German.

The last video is just students practicing their German in class: German Class

Way to go Coretta!
Posted by Unknown at 4:15 AM