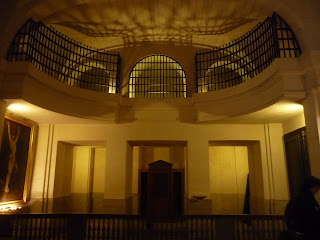 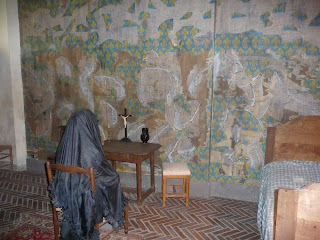 Coretta and I awoke around nine in the morning. Pretty exhausted from all of our travels to date, we decided to take it easy knowing that we could not board our train back to Switzerland until 6 pm. We first stopped at Starbucks for some breakfast and then decided to walk around one last time to 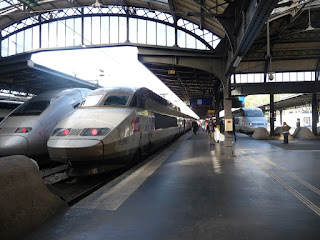 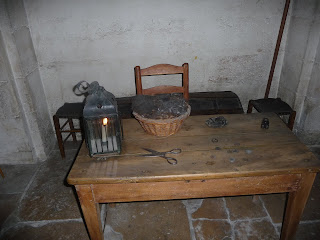 take in all of the sites.

We decided to take in one more museum, that being the Conciergerie and then have lunch. This is located on the banks of the Seine River and is as old as the 13th and 14th century. In the 16th century this was the address of the state prison. Now it houses both the Conciergeri and the Palais de Justice. What fascinated me about the Conciergerie in particular, was that during the French Revolution, thousands of citizens (including Marie Antoinette) spent their last hours jailed here before they made their way to the guillotine. 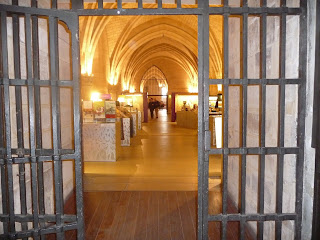 The prison cells were divided into three different section: the poor section called the Rue de Paris, the room where prisoners could pay a fee and sleep on a straw pallet, and the cell of Marie Antoinette. Although there were many other cells, and views of what it would like to be a prisoner there, hers by far was the most spacious. She, however, had two guards assigned to watching over her at all times.

Another particular room was called the preparation room. In this cell one saw a bowl of hair scissors, and some clothes. this is where they cut your hair and prep you for your journey to the guillotine. 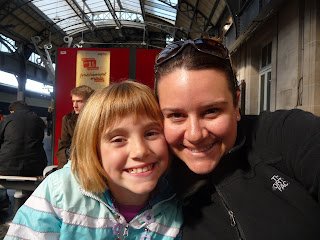 The prison chapel is located on the bottom grounds and houses some famous paintings. It is here that some known prisoners have taken their own lives.

Outside, the prisoners had a small open space where they could get some fresh air and sit. I thought that this was a quite interesting museum and worth the 12 Euros to see.

After the Conciergerie tour, Coretta and I went to have some lunch. We decided to eat at this Italian place right on the corner. They sat us upstairs by a window that overlooked the Notre Dame. Coretta order 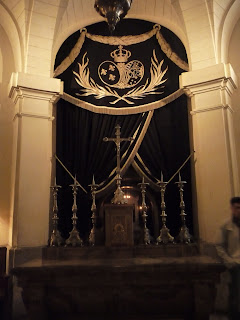 ed penne carbonara (her favorite dish) and I had mushroom ravioli and truffles in a creamy sauce. Very good food and good service.

After lunch, we decided to take the Metro 4 to the Part le Gare which is where our train back to Switzerland would be. We left quite early to allow enough time for us to find our station, have lunch, and people watch.

We made it back to Switzerland at 11:30 pm with great memories of Paris coupled with exhaustion.

Here is a video of a group of kids breakdancing near our hotel.