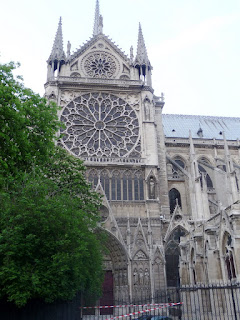 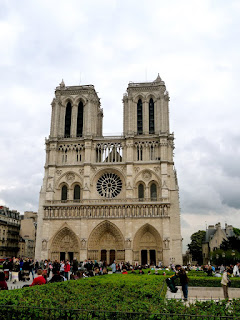 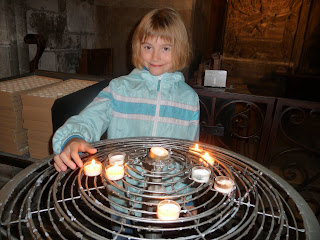 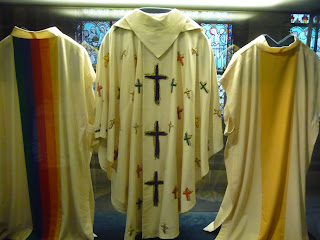 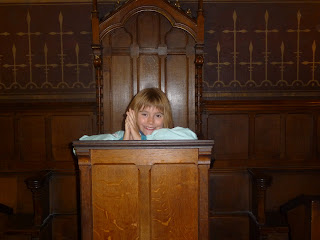 Coretta and I got up early and headed downstairs for some breakfast. Once done, we decided to start with touring the Notre Dame Cathedral.

The Cathedral was built on the site of a Christian basilica dating back to the Roman times. The actual appearance has changed throughout the years due to the ravages of war and time. The outside of the cathedral is beautiful and massive. The facade itself is done in the Gothic style complete with sculpture and gargoyles.

Inside the Notre Dame is just as beautiful as the outside. There are high arched ceilings that seem to reach up to the heavens. The south rose stained glass window is particularly beautiful and is stationed by the statue of Our Lady of Paris. Also found inside are statues to all of the saints such as Mother Teresa and Joan of Arc. Each area has a space for praying or for lighting a candle as you walk around. We the decided to spend 8 euros to tour the treasury. Here we saw ancient and decorative robes worn by priests as well as altar pieces, chalices, and other holy relics. Coretta lit a candle and prayed and received a gold coin of the Notre Dame. 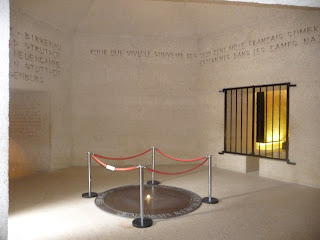 Once finished there, we decided to tour the Memorial of the Deportation. It has been said that 200,000 french people that died at the concentration camps have been laid to rest here with their ashes.

As you walk in, it is as if you are confined in a concentration camp yourself. the only thing that you can see is the sky. Then as you walk to the right, you see the eternal torch burning in memory of those who died. Teaching the Holocaust to eighth grade students for the past eight years has made me curious to learn as much about that time period as I can. This museum was great and free. 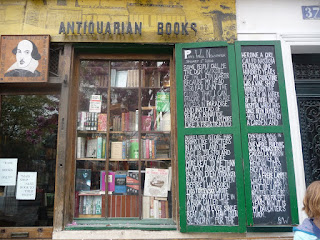 We then decided to go to the Shakespeare and Company Book Store located along the Seine River. Sylvia Beach who was a daughter of a Presbyterian minister in New Jersey, always wanted to own an English bookstore in Paris. It has been said that this is where all of the expatriate writers and musici 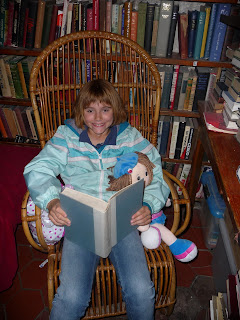 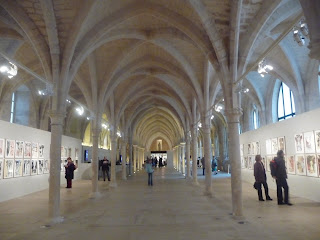 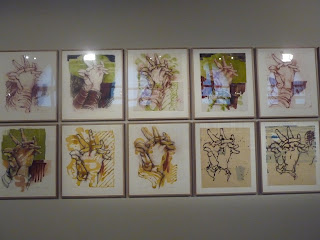 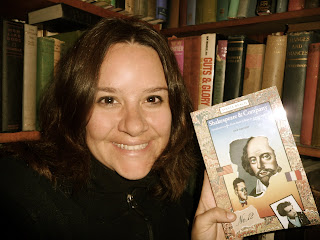 ans known as the Lost generation which included the likes of James Joyce, Ernest Hemingway, F. Scott Fitzgerald, Sherwood Anderson, Andre Gide, Ezra Pound, and Gertrude Stein. It is here that you will see a bookstore like no other. The walls are covered from ceiling to floor with books. Chandeliers hang from the ceilings, musicians are playing, and upstairs has a sitting area with old antique books to look at. They even still have Sylvia's old type writer up there as well. Great find for any literary buff like myself.

Lastly, we decided to visit the College of Bernadines. It was here that we saw much religious artifacts and information about Saint Bernard. On the walls hung modern artwork depicting Jesus' suffering on the cross.