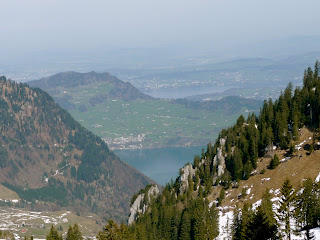 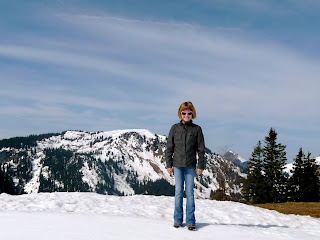 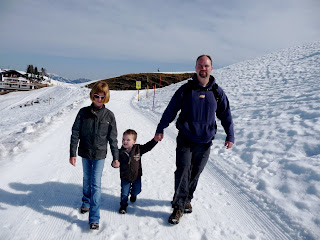 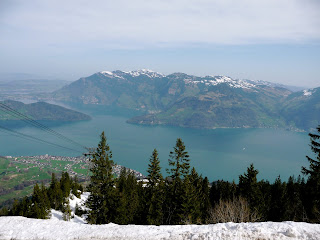 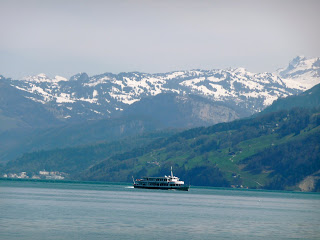 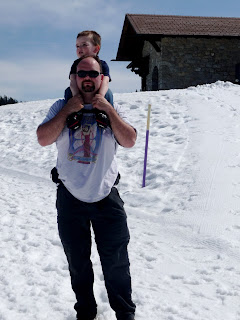 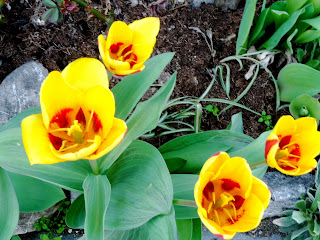 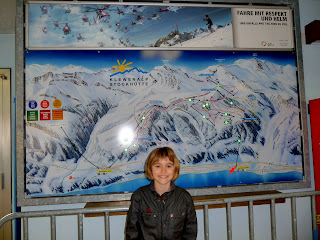 he kids ready, packed our backpack, and headed to the mountains for a day of hiking. We drove to the town of Beckenreid which is about thirty minutes away and then took the gondola up. Pretty cool that both of our kids' admission for the gondola was free, so it only cost Nick and I seventeen francs each.

Once to the top, we stopped to take in the panoramic views of the mountains and Lake Luzern, and then decided to try and find the hiking paths. Now in the summer, they actually have multiple playgrounds, a Marmot farm, and a petting zoo. Since this was the last official day of skiing, none of these areas were open yet, including the paved hiking paths. We planned for this knowing that we may not be able to take Geno in the stroller and he would have to walk as well. For his first hike, he did very well. The walk up is a whole nother story, but I'll get to that in a bit. 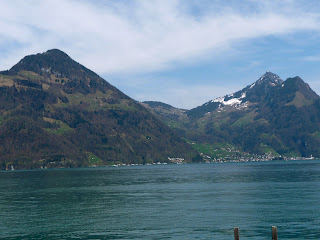 Once we made it to Tauberlin, we decided to sit down at one of the chalets and have lunch on the patio. Coretta and Geno opted for chicken nuggets and fries, Nick tried the steak, and I had Napoli spaghetti. This proved to be a challenge because Geno just couldn't sit still. He wanted to climb the chairs, stand on the chair, throw rocks, run down the mountain all by himself. This is really independent of him, until he falls over the cliff. You get the point. After lunch we began our hike back up to where the gondola is and Geno was exhausted. We were up 5240 feet and he was starting to feel the effects. Nick and I ( mostly Nick) took turns carrying him up the mountain and trying not to slip in the snow.

Once up, we decided to take the gondola down and explore the town of Beckenreid. Geno seemed content and did not put up any fight when trying to get him in the stroller, so we went down by the 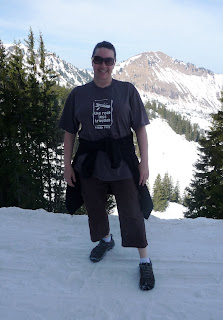 lake. Coretta bought some pastries at the bakery which she shared with her brother, and we took in the lake, mountain, and boats passing by. Geno especially liked the ducks and would say "Quack, Quack," as they would pass. After some time down by the lake, we decided it was time to drive home. In a matter of minutes both kids were fast asleep in the back seat. I have to say that this was a perfect family outing.
Posted by Unknown at 6:59 AM