Our Weekend Away in Munich 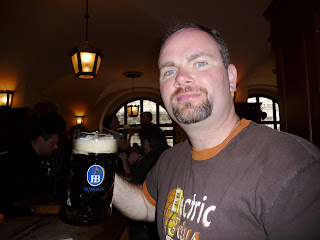 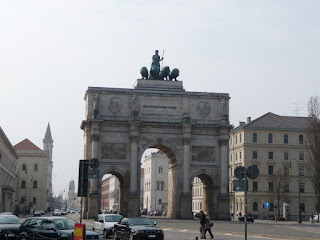 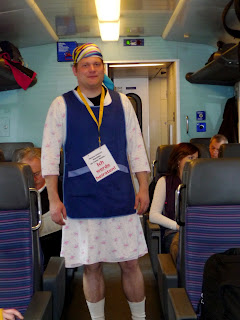 This past weekend, Nick and I awoke at 5 am, and jumped on a bus at 6 am to start our journey to Munich, Germany 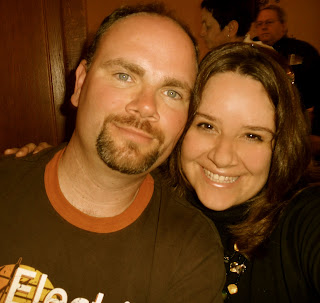 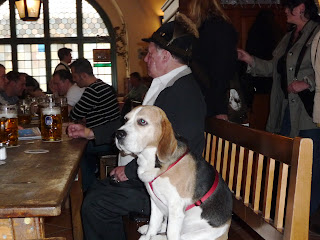 for the Bob Dylan concert. We went with one other couple and had a great time. The train ride was about four and a half hours long and seemed to go by fairly quickly. There was one group that were definitely part of a bachelor's party 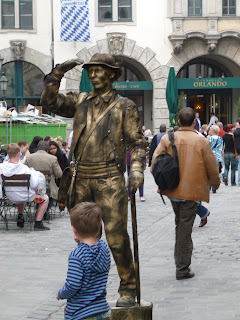 . The bachelor was dressed like a women--dress, scarf, and he so graciously allowed 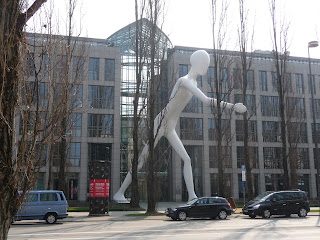 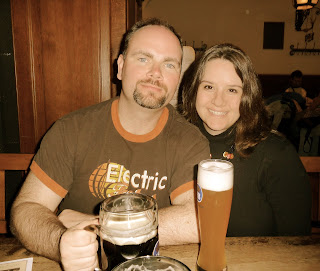 me to take his picture.

Once in Germany, we picked up our 3 day pass that allows us to use any public transportation during our stay, and jumped onto the bus 123 to the Holiday Inn. Since it was too early to che 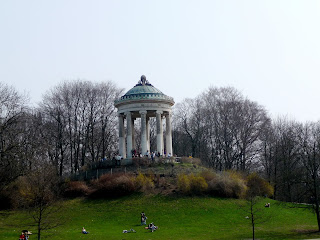 ck in, we decided to check our bags and explore the city. We walked along the Leopoldstrasse and saw many souvenir shops, butcher shops, and historical monuments. For lunch, we decided to eat at the historic Hofbrauhaus. Luckily we were able to find a table, because the place was packed. The whole place has murals on the ceilings, live Bavarian music, and waitresses dressed like tavern fraus. We sipped beer, ate bavarian food, and enjoyed the atmosphere. Interestingly enough, one older man came in and sat next to us with his dog. Wouldn't see that happening in the United States. They even had what they called a Hunde Buffet for the dogs at our hotel. 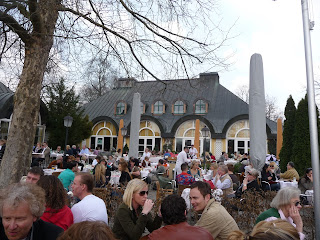 Around 7 pm, we took a cab down to where Bob Dylan was playing. They were serving beers outside of the concert, so you could sip a beer while you waited in line. I found it interesting how civilized the crowd was. There was no pushing, no obnoxious behavior at all. Once to the front, the woman asked me to step to the side and open my purse. Once I did this, they confiscated my camera. I started to panic, because I didn't know if I would even get it back. Luckily, they gave me a ticket and was told to pick it up at the Kasse (ticket office) after the show. Once in, they had lots of different merchandise to buy. Nick bought a T-Shirt and a poster. The concert was great. Although Dylan always seems to play his old music in a different way, I enjoyed the new renditions with their bluesy/jazzy feel.

The next day, we met our friends for breakfast, and then decided to spend the remainder of the day in the University district where the English Gardens are located. Here we saw some really cool architecture and in the gardens themselves, many wonderful wooded 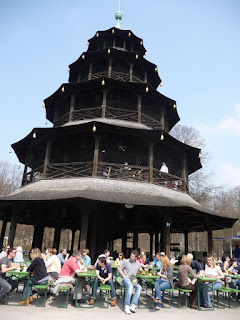 paths. To my surprise, we even saw two naked men sunning themselves which I thankfully was warned about previously to coming there. There were lots of people relaxing and 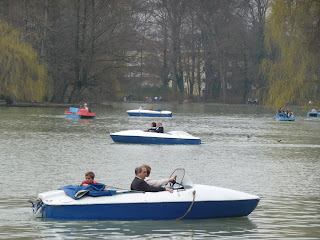 enjoying the sunny weather. We made our way over to the Chinese part of the park and sat at one of the beer gardens taking in yet another live Bavarian band, and then enjoyed walking along the lake watching all of the paddle boats going by. There was also two man band with a clarinet, guitar, and two microphones singing. You can view the video below.

By 4:30 Sunday, we jumped on our train and headed back to Switzerland. Great time in Munich. Thanks to Grandma Marilyn to agreeing to watch the kids!