The Zug Castle and Museum 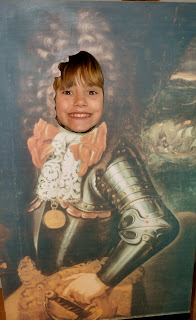 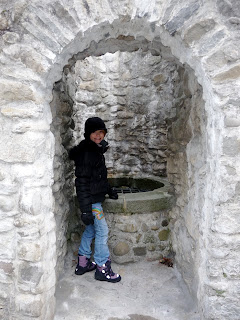 Today Coretta and I decided that we would take a bus and a train into Zug to do some ice-skating at the Metalli and have lunch at New York Food. Once there, we realized that Coretta's skates no longer fit her. Coretta was very disappointed, but I told her that I was sure we would find something to do, so we proceeded to walk to the old part of Zug. As we walked we saw pretty views of the mountains as well as the lake (which doesn't freeze here like in Minnesota).

As we were walking around, we stumbled upon the Castle of Zug. The castle is the oldest building in the town of Zug and has been around since the 13th century. This castle was the seat of rulers such as the Counts of Lexburg, the Counts of Kyburg (who were of particular importance because they were the founders of Zug town), and finally the Counts of Hadsburg.

Coretta and I walked around the inside gate where we saw cannons and and the area where they stored their horses and wagons. We decided to go up to the top where the entrance to the castle was, and noticed that they were open. The woman at the front desk was very friendly and gave us information about the castle and museum written in English.

Within the castle itself, there were three levels. The bottom level is where you could see wax figures of soldiers and weapons as well as three rooms with oil paintings of the families who once lived there.

On the next floor, we saw stained glass windows and a loft. As you proceed through the castle, we saw many other rooms ornately decorated to the liking of the families who lived there which included emphasis on the French style. They also replicated what a drugstore would have looked like back then selling flour, oats, herbs, spices, chocolate, and coffee.

The lower part of the castle is where you will find the religious artifacts that have been donated from the Church of Saint Michael and the Church of Saint Oswald. Here you will find chalices, ornately decorated altars, paintings of the Last Judgment, sculptures of Jesus, the Apostles, a holy coffin, and a skeleton that reminds us that death is a constant part of life. I could not take pictures in this area because it could age some of the artifacts. While touring this area there is religious music playing in the background that only added to it's charm.

Afterward, Coretta and I went into the Catholic Church of Oswald and prayed for our family and lit some candles. This church is one of the oldest Catholic churches in the Canton of Zug.

Overall, Coretta and I had a great day and enjoyed learning more about the culture and history of the Canton of Zug. 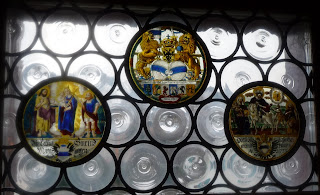 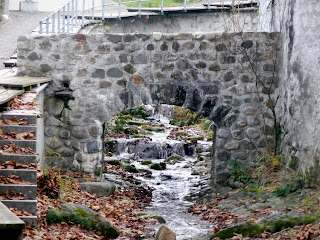 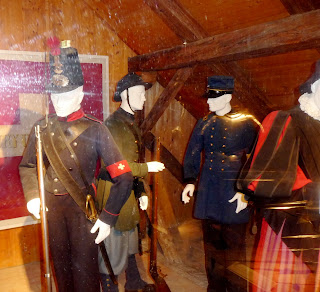 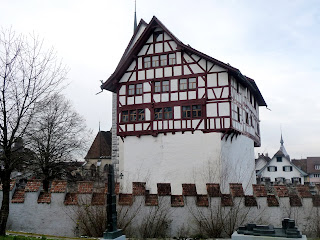