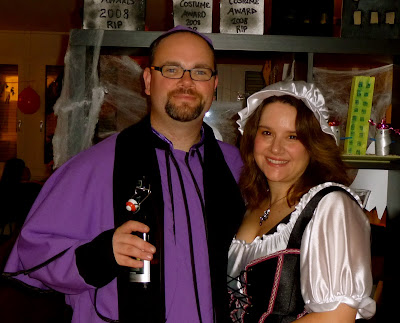 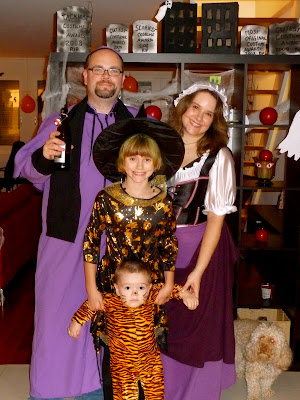 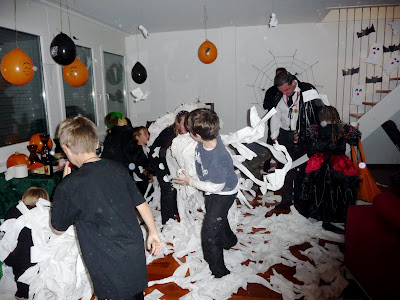 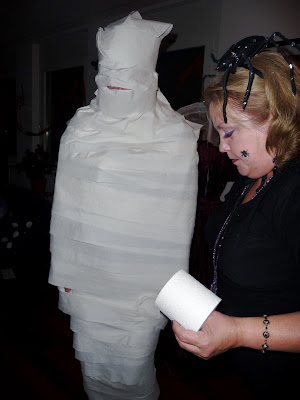 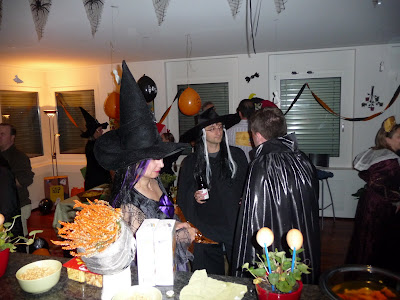 Our first annual Halloween Party was last night and started around 7:00 pm. As the children slowly trickled in, each child received their very own custom made trick or treat bag in either orange and red and mingled with 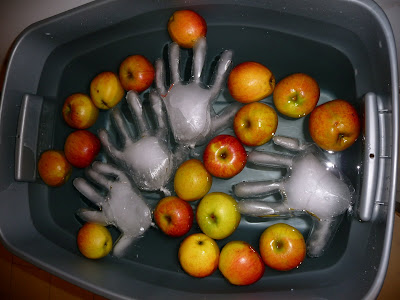 the other kids and grown ups until all sixty people had arrived. 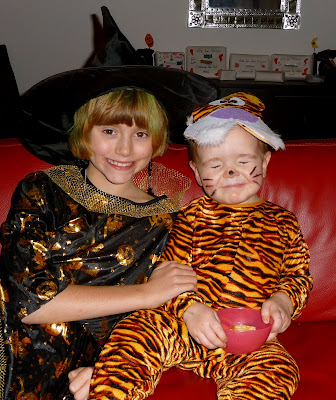 Once everyone arrived, we had the kids line up for some old fashioned trick or treating in the hall. It was great to see their smiling faces as they would politely say "Trick or Treat." We then started the games such as bobbing for apples and pumpkin bowling. In the bobbing for apples bucket I strategically placed frozen surgical gloves in the water to create the effect. The kids had a great time trying to bite into an apple and were amazed how difficult it truly was. With that said, some kids actually did do it.

As for pumpkin bowling, we lined up 9 Heidi white milk jugs and had the kids try to hit as many down as they could with pumpkins. This was one of the most popular games and some kids even managed to get a strike, including Coretta.

The next game was the Mummy race. In this game, each team has to come up with their own strategy to completely cover their other team member in toilet paper from head to toe without any gaps in between. It definitely sounds easier than it is. This game was one of the favorites by the adults. It was interesting to see how each team tried to problem solve. Some started with the toilet paper at the feet, some started in the middle, and some started at the top. The final winner was Jill and Cindy. Afterwards the kids had a blast playing in the toilet paper and throwing it at one another.

Throughout the night there were several different types of appetizers, drinks, wine, beer, and even hotdogs for guests to munch on. Our friend Jim fired up the grill and made 100 hotdogs for all of our ghoulish guests. The hotdogs were especially good. Thanks Jim!

Overall I think it was a night to remember and all of us expats had a chance to bond and socialize on Halloween, one of America's favorite Holidays. Thanks to all of the people who brought food and drinks to make this event so spooktacular!! We'll see you all again next year!


Here is a movie I created: Halloween 2008
Here's a slideshow with many of the costumes from the party!

Create a Free Slideshow
Posted by Unknown at 7:11 AM