Blues and Barbecue at the Bieter's 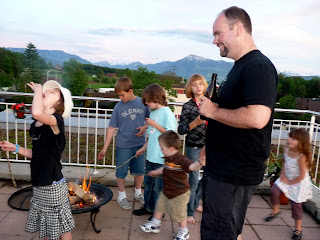 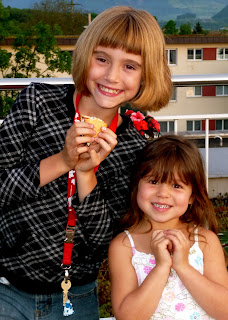 Last night, we had five families within the neighborhood come over (a total of 20 people) for a barbecue and blues music. All of the families live in Hunenberg and also send their children to t 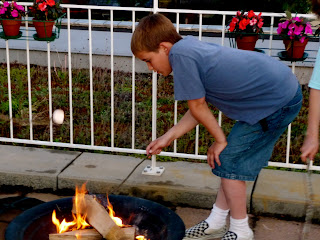 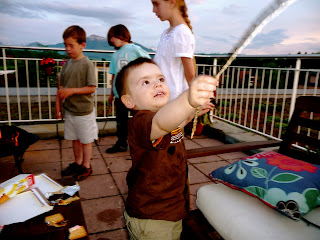 he International School of Zug. The ages of kids that attended were 2 years old up to 13 years old.
Because we were hosti 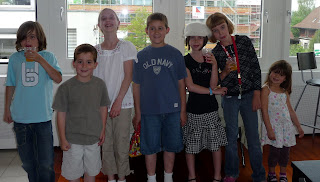 ng a party of this magnitude, I sent an email to all of the families asking that they bring something to 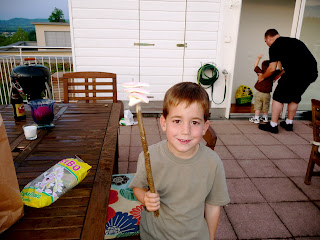 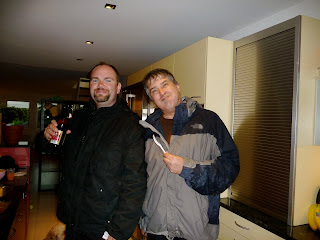 I tried to set it up so that the kids would have space to play with toys, the wii, watch movies and the adults would also have space. I learned from the Halloween party that all rooms should be locked, so I did that and left age appropriate toys and games in the hallway. We had kids cooking, hammering, playing in a band, playing with cars, and even slaying wookies on the Wii. The kids were also able to spend time at the neighborhood park and roast marshmallows and make smores on the patio as well as eat ice cream sandwiches.
For the most part, the weather was great, but at one point the wind and rain picked up which caused me and some very helpful guests to grab all the plants and cushions and put them in the shed until it passed. Sadly, Nick and Bob spent time out there barbecuing the food in the rain. Neither really seemed to mind it, however.
It was clearly a great party and look forward to the next one.
Posted by Unknown at 11:38 AM