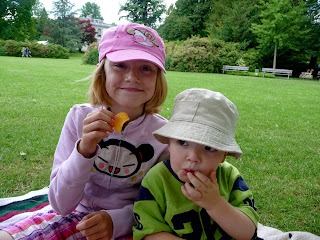 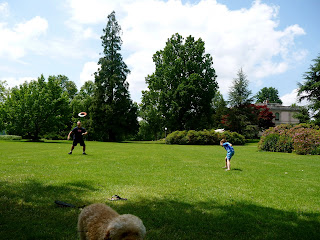 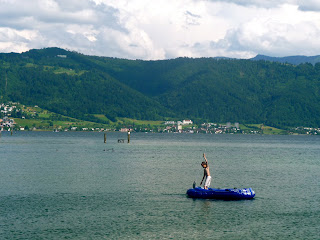 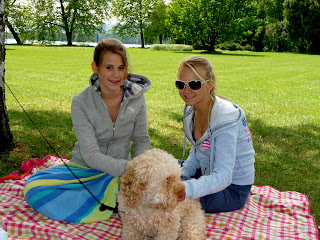 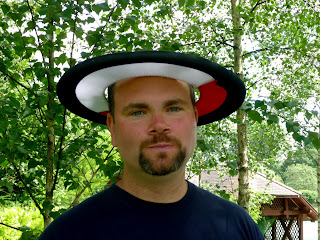 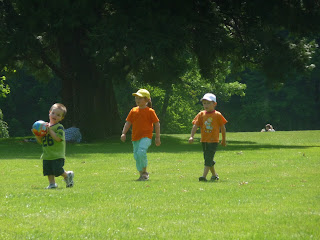 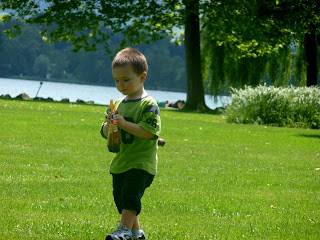 swim, play at the playground, throw the football and a frisbee, eat good food, and enjoy the scenery and company.

Well, today we made this day official by packing up all the food, snacks, and beverages and heading down to Lake Zug. Once there, we both lugged our coolers as well as my dog Charlie, three other bags, and my son in a stroller. I had to laugh at what we must have looked like to the Europeans around us. Once situated under the tree that had good visibility to the park and the lake, things became a little easier. We laid down the blankets, fed the kids, and let them play.

While the kids decided to jump into the lake which mind you is not quite ready for swimming, the parents spent time talking and laughing. Although we had a few stares primarily for our American coolers, the day was perfect. In fact, we met a couple who were recently ex-pats in Chicago and just moved back who readily pointed out that "they must be Americans because they have coolers." What I find interesting about this 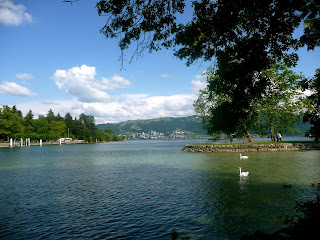 statement is that if Europeans had ice readily available, they would all come to the beach with coolers, but that is not the case. I lucked out with my apartment because it has an "American" sized refridgerator and freezer with an ice machine. Who would think that ice would be such a hot comodity. 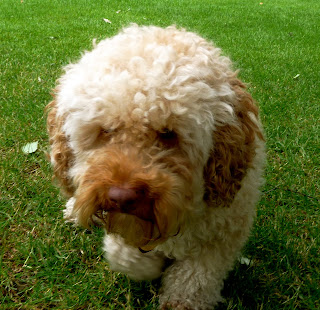 e playing with, and walked over to them saying "Mine." The boy did not want to share his ball with Geno whatsoever, but his sister was more diplomatic, allowing Geno the ball and letting him kick it. At one point, however, Geno decided that he wanted the ball to himself, and started running away with the ball. How were they to know his unhealthy obsession with Winnie the Pooh? It was a Winnie the Pooh ball after all.

Coretta enjoyed playing at the park and pretend fishing with Michael. As well as playing with her brother when asked to. Even Charlie enjoyed running around chasing other dogs, birds, and trying his best to get at the chicken wings without being noticed. He did however get a chicken bone or two which Nick had to pry out of his mouth with brute force in fear that he would choke. He also took a dip in Lake Zug to cool off and actually jumped in a second time, he liked it so much. I must say that there are definitely worse ways to spend a Sunday afternoon. Here's a short video of Charlie's swim in Lake Zug.