The day has now come and passed, the famous Bieter Halloween Party. In attendance were 90 devils, witches, vampires, vampiresses, fairies, cats, Wizard of Oz and Alice in Wonderland characters, monks, cardinals, old ladies, and goblins just to name a few. 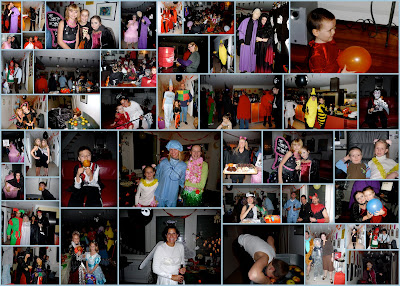 There was plenty of food, beer, and wine to go around. In fact, we still have several bottles of wine and candy left over. I created mummy hot dogs as part of my appetizer selection and they were an instant hit. We had deviled egg eyeballs, caramel apples, creepy witch and carrot fingers, maggot jello, as well as candy, carrot cake, cupcakes, assorted cakes, bacon wraps, finger sandwiches, vegetables, chips, apple cider, and soda. 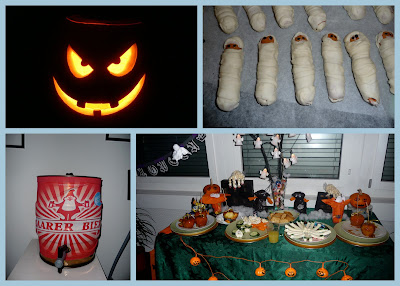 The children enjoyed pumpkin bowling and bobbing for apples which were both an instant success last year. Each child was greeted at the downstairs entrance by Coretta and her two friends Melanie and Gabriel, and presented with a trick or treat bag filled with goodies. As the night progressed, the kids watched the Addams Family and one of the Simpsons Halloween specials.

Towards the end of the night, we had our awards ceremony. There were both kid and adult categories ranging from, most original, most scary, cutest, best, tackiest, most creative, best female adult, and best male adult. This years contest proved to be more difficult than last year, because the costumes were even better. 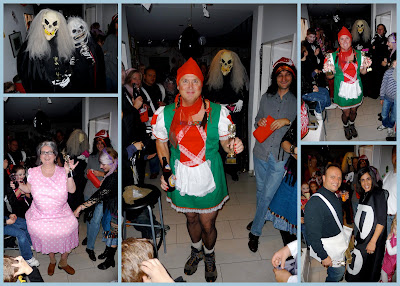 The scariest costume in the kid category went to Melanie Hoffman for her Medieval vampire costume. The cutest costume went to Gianna Surace for her Dorothy from the Wizard of Oz Costume. Most original went to Ezra Boley for his Bubble Wrap costume. Most creative went to Luke Hove for his devil costume. 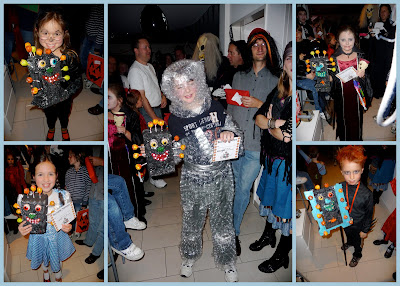 Each winner was presented with a trophy. The adults received gold skeleton trophies, and the children received monster trophies (created by me) with candy and a Halloween certificate.

Definitely was a success. Looking forward to next years event!
Posted by Unknown at 12:07 AM