Sattel Outing with the Family 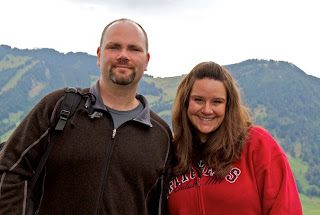 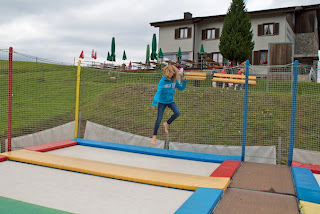 The other weekend, we decided to head up to Sattel, which is approximately thirty minutes away. Although it was raining, it was better than sitting in the house all day. Once there, we made our way up the gondola to the mountain and decided to have a snack in hopes that the rain would cease. 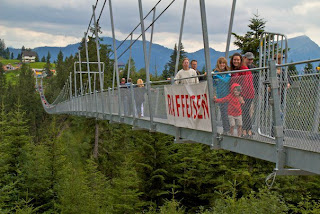 After our snack, the rain had ceased, and we paid for the children to jump around on all of the inflatables up at the mountain. At first Geno was somewhat careful, just walking inside
the inflatables, and then later began running and jumping in them with no fear whatsoever. 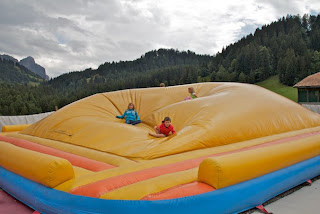 Coretta's favorite were the endless trampolines surrounding the area. She is really in her element when she is out in nature jumping in a trampoline. 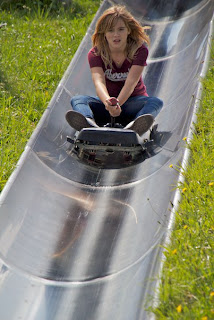 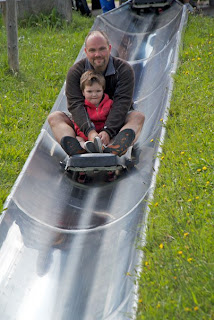 We then went for a hike in the mountains where we
crossed a suspension bridge that overlooked the river, mountains, and trees. Me, being afraid of heights, did not expect that we would be up that high, or that underneath my feet would be visible adding to the realization that I could probably die if this bridge were to break. Adding to this feeling, every time you walked, it moved and swayed, adding to my fright.
We then decided to take some time and ride the tobaggon run which is an aluminum slide down the mountain. This was my first time trying this and I thoroughly enjoyed it. So did Geno, being his first time as well, shouted "Woo Hoo" on every twist and turn. Great way to spend a Saturday!
Posted by Unknown at 5:42 AM