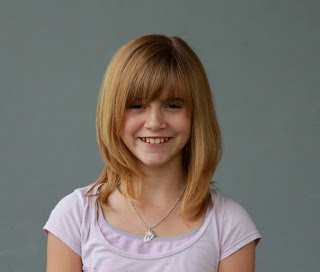 Coretta just returned from her five day stay in Verbier nestled in the french region of Switzerland near Geneva. They drove there in a double decker bus which took approximately seven hours to get to with a few stops along the way.
The first day, they checked into their rooms, had supper, and became acquainted with their bunk roommates. Coretta stated that the rooms themselves were beautiful and had a great view of the mountains. Each child had their own locker with a key to put their belongings. She bunked with Gabrielle, Rosalee, and Daisy.
The next day, they woke, had breakfast, and made their way to the ropes courses. Here they needed to help getting suited up with all of the gear such as helmets and harnesses in case they fell, and then they were off. They had to climb up quite high, carry wooden 2x4's across a tight rope, go through tunnels, and nets. Coretta said that at times she was scared, but this ended up being the highlight of her trip.
The next day, they went mountain biking in the village and mountains. Each student was fitted for a mountain bike and helmet and they had a blast riding all throughout the area.
The next day was filled with mountain climbing. Each child had to be suited up properly for this as well and had to climb up the mountain as far as they could. Coretta liked this the least because it was hard to get a grip with her feet.
Every day they had a barbecue outside for lunch and a nice buffet dinner at night. Coretta was even able to try traditional cheese fondue. The downside was that her body started to itch, and she felt as though she was having allergic reaction to something she ate. With a little benadryl and a shower, she was able to get rid of this reaction.
The last night, they had a disco which is typical of any field week at her school. She stated that this was by far the best field week ever.
Posted by Unknown at 8:56 AM