The Day the Magic Died 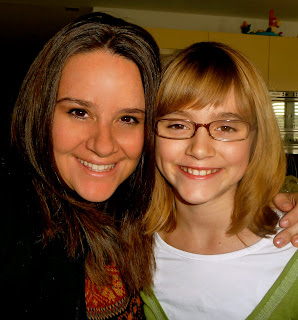 Yesterday, while Nick and I were sitting around listening to music and talking, the topic of aliens and fairies came up and whether or not they were real. I stated to Coretta that I didn't believe in fairies. She then said, "What about the tooth fairy then? Is she not real?" I completely froze and my face completely gave me away and I had to answer truthfully. With that said, the next questions that followed were "Does that mean Santa and the Easter Bunny are not real too?" I sadly told the truth. Last night was the day that Santa, the Tooth Fairy, and the Easter Bunny died.

It was at this time, that my sweet, loving daughter started to cry. She said the hardest part was knowing that the reindeer weren't magical and that Santa wasn't eating the cookies she left out for him. Clearly she felt betrayed. She then asked me, "Where did you put all of my teeth then when you put money under my pillow?" Feeling that this may be a trick question, I hesitated, and then told her I threw them away. Then she said, "So that letter from the tooth fairy saying she used them to build her castle was all a lie?" I said yes. She then proceeded to say how awful she felt that kids that were too poor to receive presents, now really didn't receive them. Since there have been many students at school telling her that it wasn't real, I felt it was the appropriate time to let her know the truth instead of being teased by other kids.

I did say however that Santa, the Tooth Fairy, and the Easter Bunny will still come no matter how old she is. I promised her that. Just because you know the truth now doesn't mean it completely loses it's magic. In fact, I proceeded to tell her that Santa Claus really did live at one time and that legend has it, he was Saint Nicholas who made sure that all children had fruit and presents at Christmas time. I told her Santa still exists in different forms such as food drives, toy drives, and helping out others in their time of need.

The world of make believe is so fantastical, no one really ever wants it to end. I feel so bad, I pulled one of my Mom's tricks when she felt that gnawing "Mom Guilt". I bought her three new sweatshirts. One from Santa, one from the Tooth Fairy, and one from the Easter Bunny.
Posted by Unknown at 2:32 AM